Key Collector Comics FREE mobile app is the world’s first database and price guide to focus exclusively on key issues. Everything you need as a collector of valuable comics or highly-sought after issues including speculation books is combined into one resource.

Catalog your inventory or build a wish list of key issues. Select what condition your comic is by using the CGC and CBCS grading scale. Get key issue notifications sent directly to your phone to know what’s new and hot or spiking in value in the comic book world.

Key Collector Comics simplifies the hobby of collecting. In the past, if one wanted to hunt for a character or title’s key issues, they would have to access four different apps:

Sound familiar? Do any of the aforementioned headaches apply to you? Key Collector Comics has combined everything a collector needs into one, simple to use, FREE mobile app in the most intuitive environment available that requires absolutely no learning-curve. Now, with this one resource you can:

* Catalog what you own with one tap

Key Collector Comics was created by a comic book collector for comic book collectors and the #1 priority is to make your experience more fun. How? By giving you the assurance that no key issue will ever slip through your fingers again and drastically cutting down the amount of time you spend looking through a box of comics. Just flip through issues with one hand and scroll through the app with the other. If anything on the app matches what’s at your fingertips then you just found yourself a key issue.

The database is updated at least once a week to include new character debuts that have been announced. You can add these comic books to your “wanted” list before they even hit the shelves so when Wednesday rolls around (when new comics are released) you leave the store or check-out online without missing a thing.

There are well over 7,000 individual issues organized in the database that have some instance of significance attached to it. You can search for over 2,500 characters in 1,700 titles from major publishers like Marvel, DC, Dark Horse, Valiant, Image and many independents producers from the Golden Age of comics (1935) to today. Key Collector Comics is your guide through the history of comics told through the key issues that defined the landscape.

More Features:
o A simplified price guide and grading assessment for new and experienced collectors to determine if a comic book appropriate for purchase 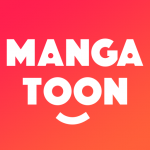 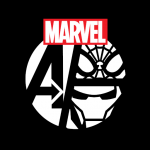 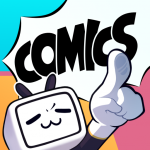